Treasure Hunting is a participatory practice expanding and exploring the format of a Treasure Hunt.

Participation resembles playing and constructing a computer game in a live environment. In Treasure Hunting you co-create your own and others journey with an emphasis on intuitive interpretation of tasks and clues. Treasure Hunting examines performative aspects of communication, liveness and temporal objects. The practice operates on a time-donation system, a proposal to make the participants reflect on the value of taking time with a subversive comment on experience industry.

Theory behind Treasure Hunting: The 'live' versus 'not-live research

TREASURE HUNTING 2015 was practiced with co-creators/time-donators 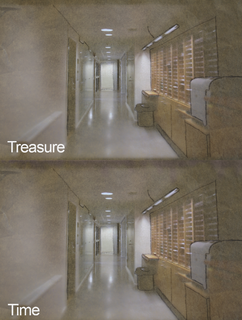